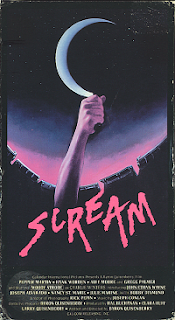 A group of friends on a rafting trip down a river stop in at an old ghost town to spend the night. Soon their rafts disappear, and then they begin to be eliminated one by one by a mysterious killer. 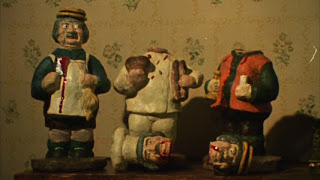 Scream was released by Code Red twice. Once as a single release and again in a double feature with Barn of the Naked Dead. Supposedly the film was shot in 1.66:1 but is presented in 1.85:1 by Code Red. The print looks pretty grainy and scratchy but overall it's not as bad as most people say it is. The mono sound is decent but far from impressive. This review is from the Double feature disc.

This being a double-feature, I've separated the extras that relate to the film and the extras on the whole DVD. 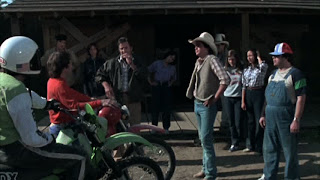 Standalone Release
The Double Feature fails to bring over all the special features from the stand alone release. I have included them here as reference but I have not seen them yet. 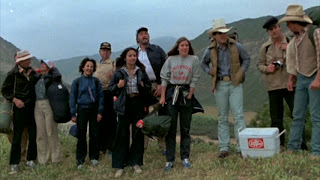 There's not a lot to say about Scream. It's a slasher film that was made to cash in on the slasher craze of the 1980's. The film starts off with a bunch of travelers kayaking down a River and then making their way to a little ghost town that appears to be some cliche western Hollywood backlot. It gets dark and they start to drop one by one. Throw in a rather rush and poorly realized ending and that's it. 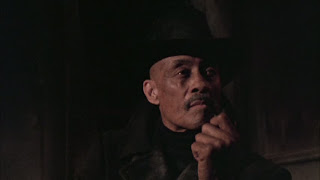 The best thing this movie has going for it is probably it's cinematography. Shot on 16mm and would then be blown up to 35mm, cinematographer Richard Pepin does a pretty good job of handling the camera. When you watch a lot of amateurish stuff like I do, this is a god send. Great camera work especially the POV shot of the killer chasing the guy up the stairs. I will also give a little credit with the build up of tension. There's a hint of creepiness while the killer stalks his victims.

So where does Scream go wrong? Minus those 10 minutes of creepiness, the entire film is a bore and a chore to sit through. All the kills happen off camera and when you have films like Friday the 13th and company showing explicit gore, this film seems very underwhelming.The acting is mediocre to okay. The only stand out performer is veteran actor Woody Strode who has a rather awkward dialog sequence that attempts to explain the plot. And the ending? Please. Poor excuse to try and be artsy and in the end just leaves you going "bleh". 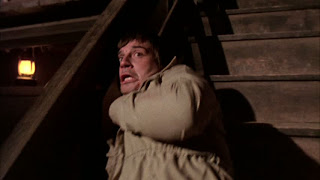 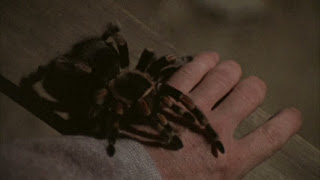 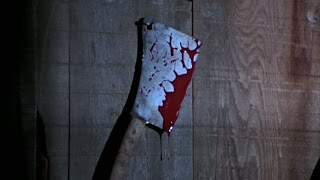 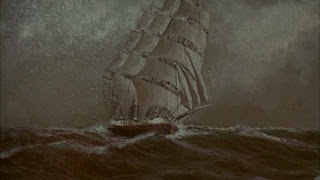